The Kennet and Avon Canal

Since our magazine was discontinued a few years ago very few people have written about their rides or tours, which seems a pity. So here’s a mainly photographic account of a ride a bit outside our area.

The weather forecast for Saturday, 26th June was a bit better than for the Sunday, so I decided to use the train to extend my exploration of the K&A. In a couple of rides in recent years I had ridden it between Reading and Great Bedwyn. The 8:46 from Woking whisked me to Andover in 40 minutes, whence I rode north through Charlton and Wildhern on pleasant lanes to Upton in the Bourne valley, which then took me up to the escarpment for the fast descent to Great Bedwyn, where the community cafe provided coffee and cake.

After a couple of miles of towpath you see Crofton Engine House on the hillside to your right and Wilton Water on your left. The beam engines pump water from this reservoir into the canal. It’s not quite as simple as it sounds, though, because the summit pound of the canal starts about a mile further west, after five more locks. The engineer, the great John Rennie, had to take water from where it was available to where it was needed, which is why the engine house is up the hillside. The water is conveyed by a very gradually descending leat to enter the canal at the eastern end of the summit pound. Nowadays electric pumps are used except when the steam engines are fired up to entertain the public. The top of the Crofton chimney is just visible in this view: 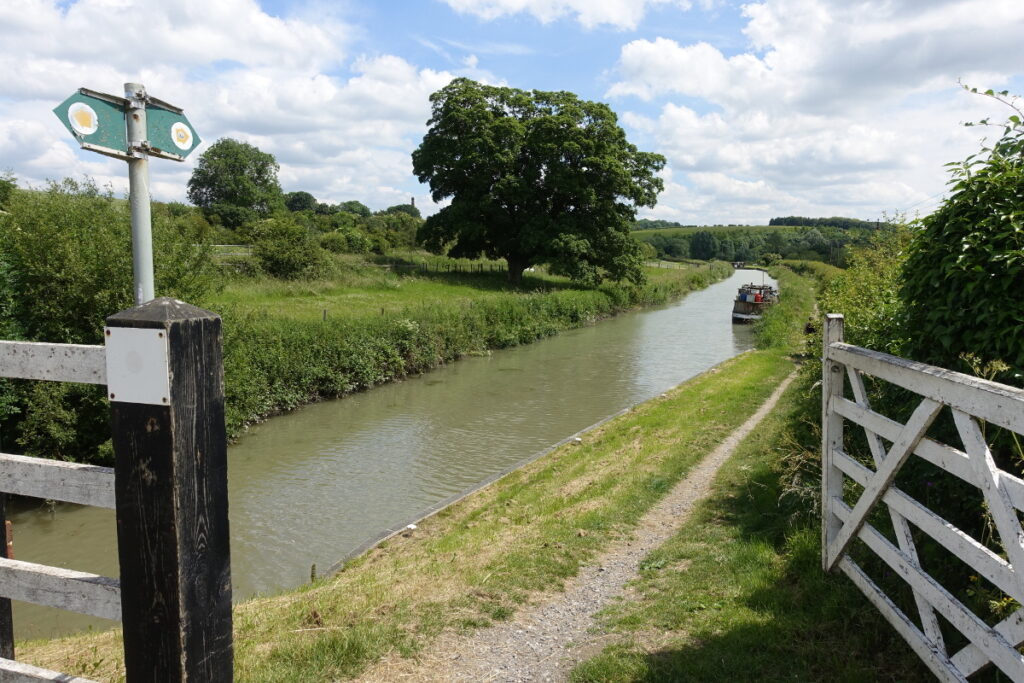 Remains of an overbridge formerly carrying the railway from Andover via Ludgershall to Marlborough: 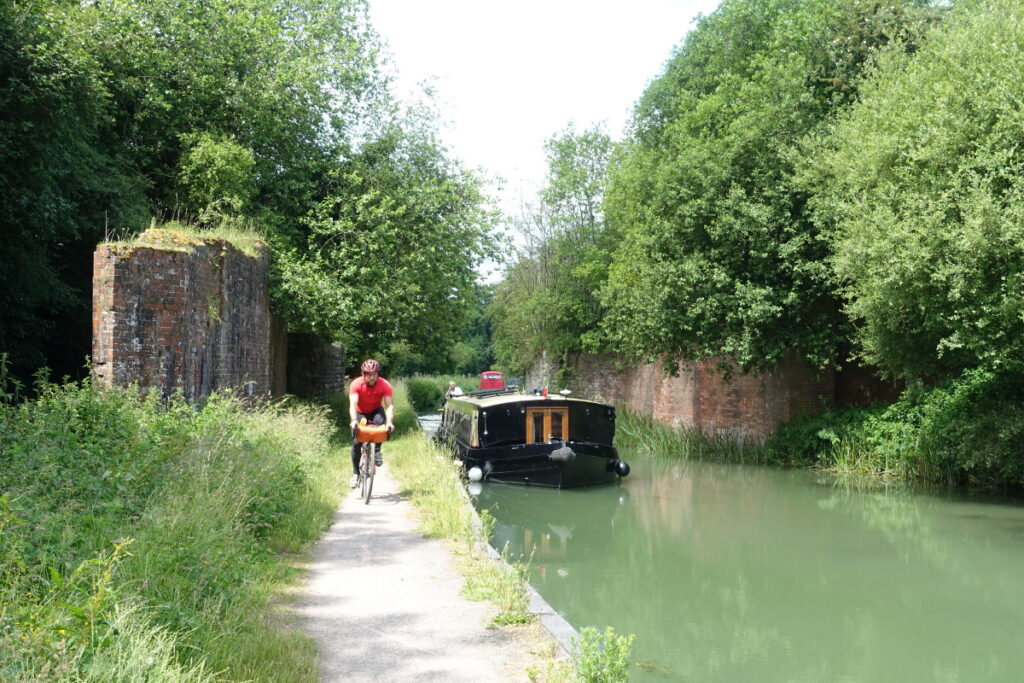 Crofton leat entering the summit pound next to its eastern lock: 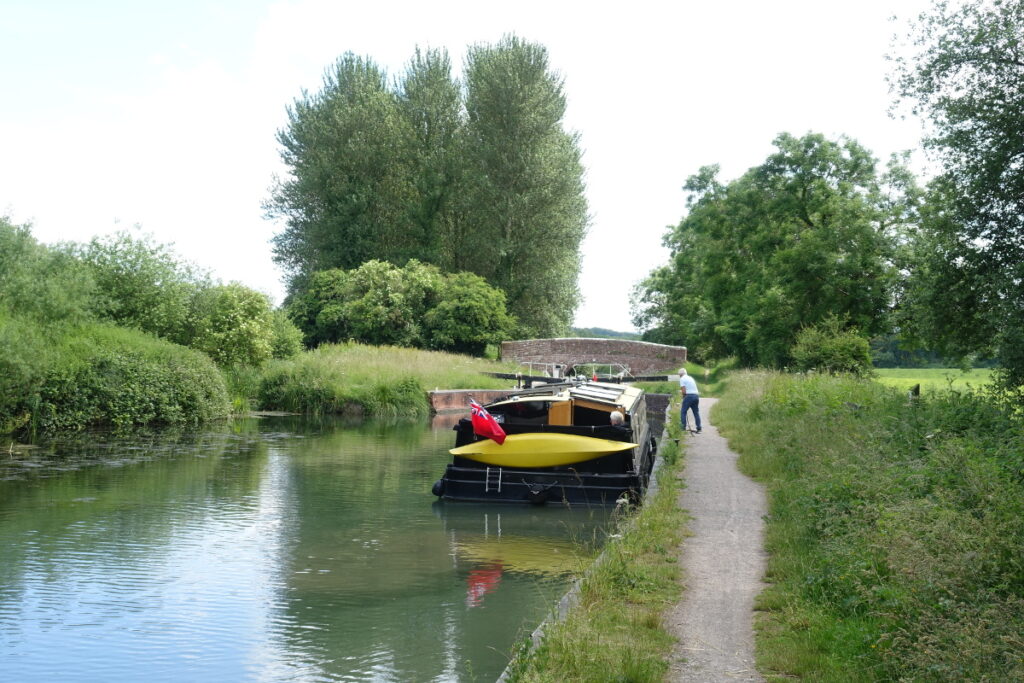 The Bruce Tunnel (500 yards long) marks the transition from the Kennet river basin to the Avon basin, but not the Avon which gives the canal its name: 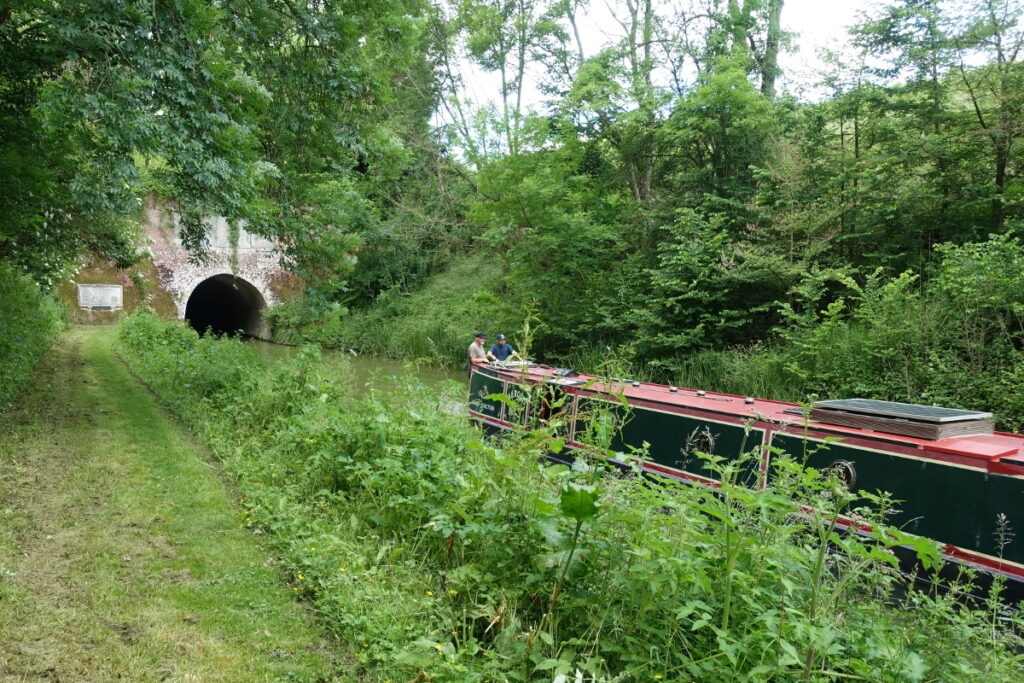 It is the Salisbury Avon which flows through Pewsey, the next town. The K&A Canal does not enter the basin of the Bath and Bristol Avon until Devizes, where it descends the most impressive lock staircase at Caen Hill, which we visited during the WSCC stay at Sutton Benger in May 2018.

The village of Wootton Rivers, a couple of miles beyond the tunnel, provided lunch, at The Royal Oak: 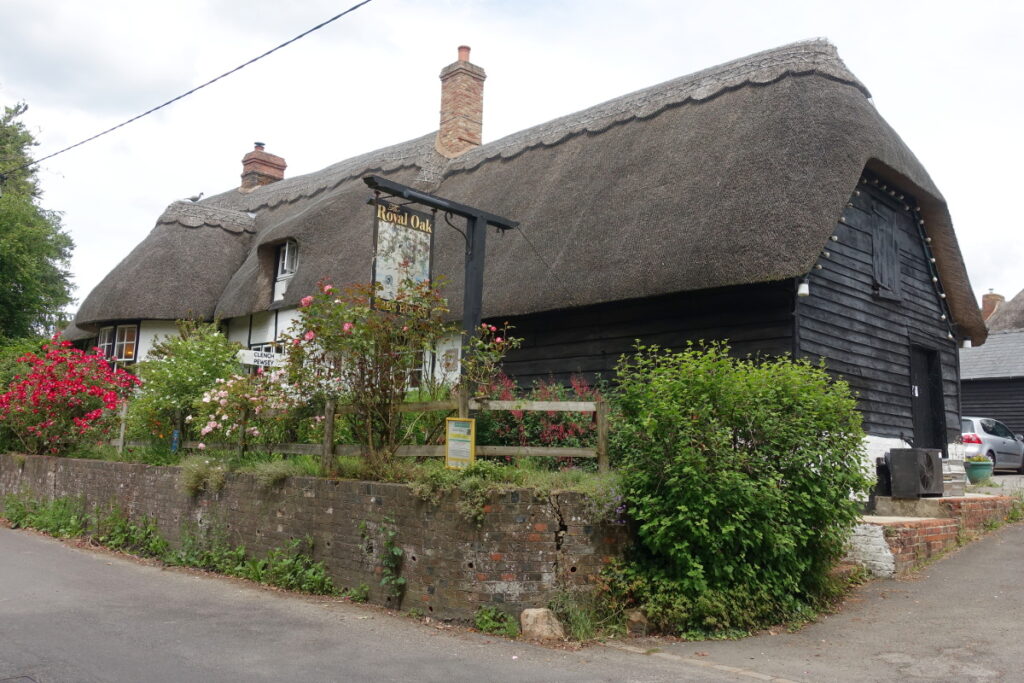 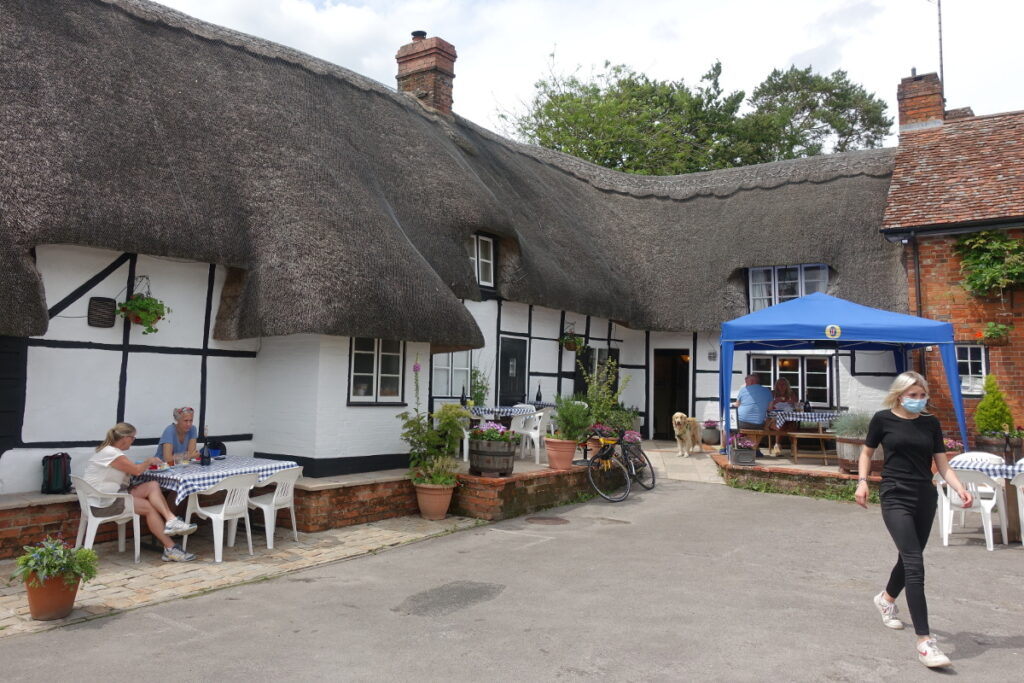 I continued along the towpath, past Pewsey, to Honeystreet, near Alton Barnes (with its white horse), where we cycled in May 2018: 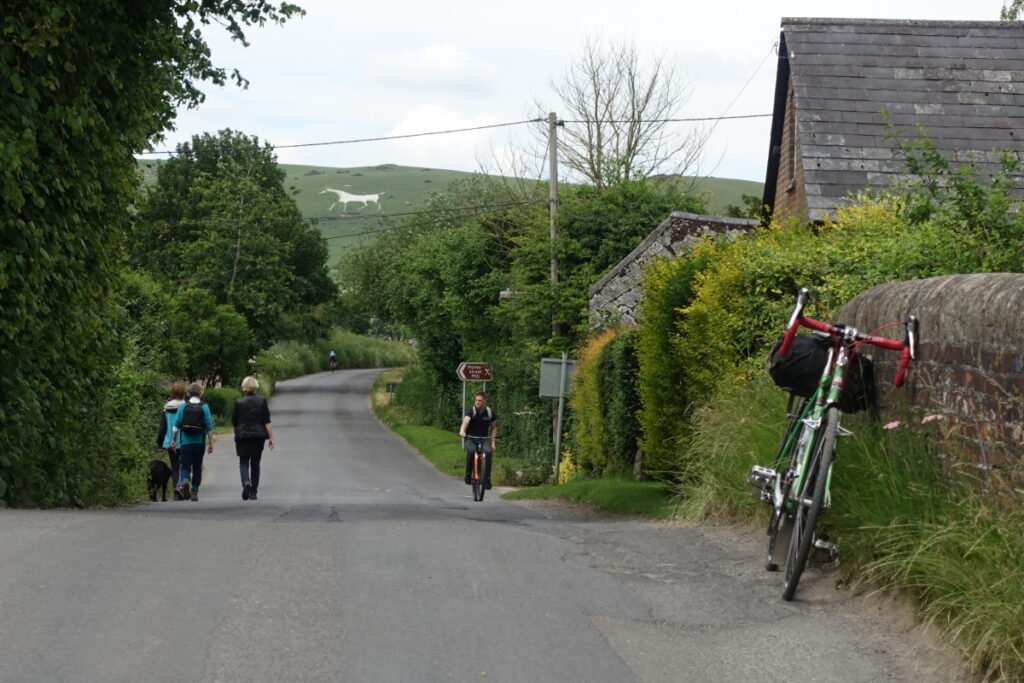 This completed my towpath ride and I headed back on NCN 4 through Woodborough to Pewsey, up the hill (past my second White Horse of the day) to return to Andover via Everleigh, Ludgershall, Appleshaw and Penton Mewsey.

It was lovely to traverse the broad landscapes of Hampshire and Wiltshire, with their delightful villages with both timber framed and brick and flint thatched cottages. I was using 35mm touring tyres; something a bit fatter and knobblier would have better for the 13 miles of towpath but would have been a bit of a drag on the majority of miles (a bit over 40) on road. I may offer something similar as a SADI train-assisted ride a bit later this year.