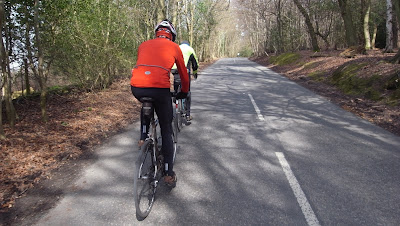 You might remember that last year there had been some excellent weather leading up to the ride, resulting in a record entry of 18. It was all somewhat different this year but, on the positive side, the ride probably enjoyed one of the best days of the year so far: not too cold, fairly still, dry and relatively sunny. What more could one want, given what we’d become used to over the past months!

The organiser must admit to leaving everything very much to the last minute this year. Nevertheless it all ran smoothly and no one was unkind enough to say they remembered the ‘info’ control questions from last year! It was very good to see Derek and Anne Tanner coming along to ride, not to mention two West Surrey members not often seen – not to me anyway! – namely Pete Chimes and John Gillbe. Thanks to all for coming along to ride, particularly Bob McLeod and Pete Chimes for actually entering in advance. 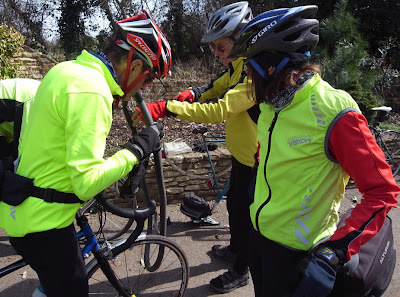 All completed the course, with the first riders getting home in 4 hours 7 minutes, a touch slower than last year. Had Clive not had his puncture, we might well have beaten the course record, which is eminently achievable simply by not stopping. Apart from time spent repairing the flat, we didn’t, other than brief stops at the info controls. 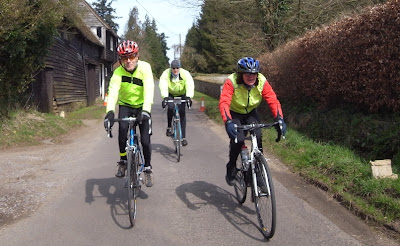 I have to admit that this was my first ride since the 1st January (other than a gentle 10km saunter round my short local training circuit) because the weather simply hasn’t been conducive to cycling. I was anticipating a tough ride and wasn’t disappointed. What a difference it makes having others to ride with and it was great to be rolling along with Bob, Clive, Anne and Peter, although we were a bigger group for much of the time. 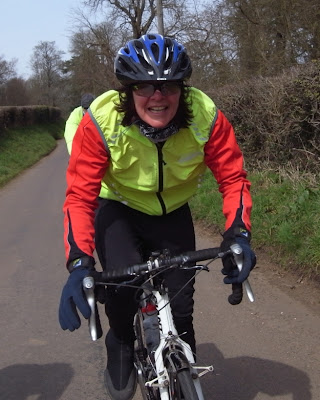 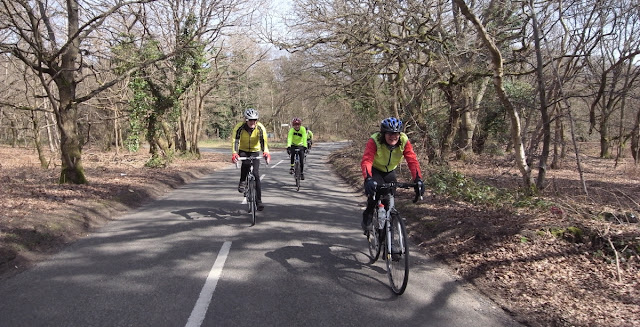 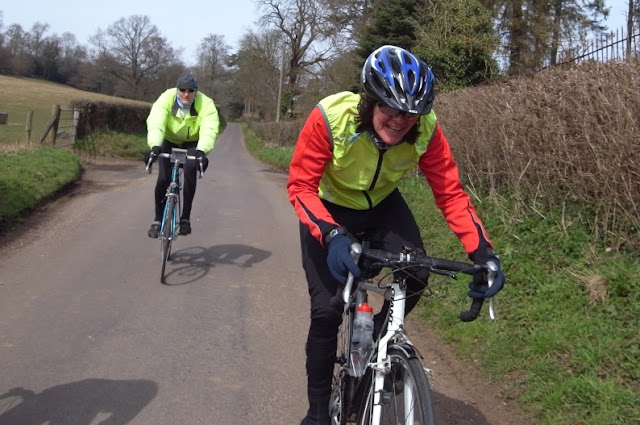 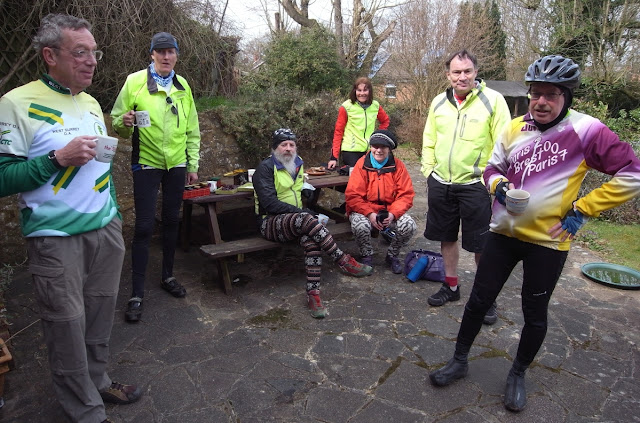 Everyone arrived back within a half hour span and enjoyed a cuppa, a biscuit and some Omani dates, which I insisted everyone ate, since I have a large box to consume. It felt sub-arctic on my patio, resulting in a relatively rapid departure home for everyone.
This route never disappoints and, despite knowing it well, it’s always a pleasure to ride. Potholes were probably in greater abundance but the lane over the hill just past Hascombe was in considerably better condition than usual.
A great ride as ever.
By Mark Waters on 9 April, 2013   /   Blog posts