Can’t believe it but I think I’m acquiring the desire to go riding with my local group(s) – it’s only taken twelve years, but having done four rides in the last two weeks, the bug is beginning to get a strong grip. Mind you, it helps to have decent weather – which it has been on two and a half of the rides. The next thing to do is remember to bring my camera; iPhone cameras are useless for action pics. The two below are OK though (because they’re static). 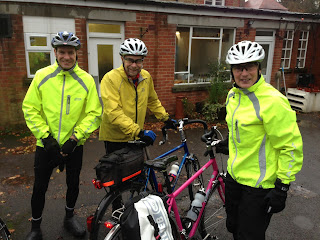 There were only four out on last Wednesday’s ride. OK, it was pretty grim. 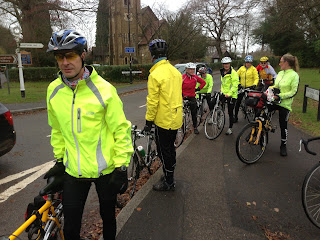 The Sunday Intermediates at Grayshott. It only rained a bit – honest! But so lovely and mild!